We have returned from two weeks away to find the garden, described in its pruned state on 13 September is unrecognisable, rampant. Wonderful. Such a spring of unprecedented heat and bucketing rain.

I have some photos, which will put up shortly. Meanwhile I discovered just before we left that I had somehow missed Michael Pollan's Second Nature, A Gardener's Education published way back in 1991... though I had read other books of his. And yesterday I got it from the post office, courtesy of my favourite bookshop (no commercial advantage to me if you click).

The beginning is so close to my mind, perhaps to many others.


This book is the story of my education in the garden. The garden in question is actually two, one more or less imaginary, the other insistently real...
Both of these gardens had a lot to teach me... [and also] I soon came to the realization that I would not learn to garden very well before I'd also learned about a few other things: about my proper place in nature...; about the somewhat peculiar attitudes towards the land that an American [or Australian] is born with (why is it the neighbors have taken such a keen interest in the state of my lawn?); about the troubled borders between nature and culture; and about the experience of place, the moral implications of landscape design, and several other questions that the wish to harvest a few decent tomatoes had not prepared me for. It may be my nature to complicate matters unduly, to search for large meaning in small things, but it did seem to me that there was a lot more going on in the garden than I'd expected to find.


Yes, absolutely. And reinforcing my own sense that to go out into and seek to develop a garden is immensely intellectually complex, if you open your mind and allow nature in, allow the garden to evolve.

And there are social dimensions too. One small example: I find on return that where my banana should have one main trunk and one 'follower' for the next crop, there are five new suckers come up. My first inclination was to whack them off one a day and give them to the chickens, but then I remembered that R... had said she would take as many as possible and so would her daughter. Fortunately I have two Japanese wwoofers here to assist with the more arduous task of digging them out (compared to whacking them off) and transporting them to Helen's house for R... And so we interact with R...'s farm ... This just one of a hundred details of things to do, things to plan and things to adjust, seeing the garden after two weeks. An edge element.

An important principle in permaculture is that of the productive 'edge'. In Melbourne we met and Helen was able to visit Angelo's Deep Green Permaculture based on a small garden a short walk from where we were staying. Here is Angelo's writing on edge.

Edge is productive, overlaps are productive, edge is the basis of creativity, not only for plant life but also for human life in community. No edge, no connection – no multiculturalism – no new life, limited creativity and imagination. Perhaps I should also write about this in my strategic directions blog, my country seems increasingly anxious about shoulders that come to rub it in this complex world. Seize the day, not shut the door... Which leads back to Michael's comment about peoples' concerns about his lawn. The dominant meme being that gardening is about plonking in and then maintaining the barricades with weapons various, to keep permanent all those arrangements you stubbornly want unchanged.

Oh and we return to see a disastrous early arrival in the front garden!!! 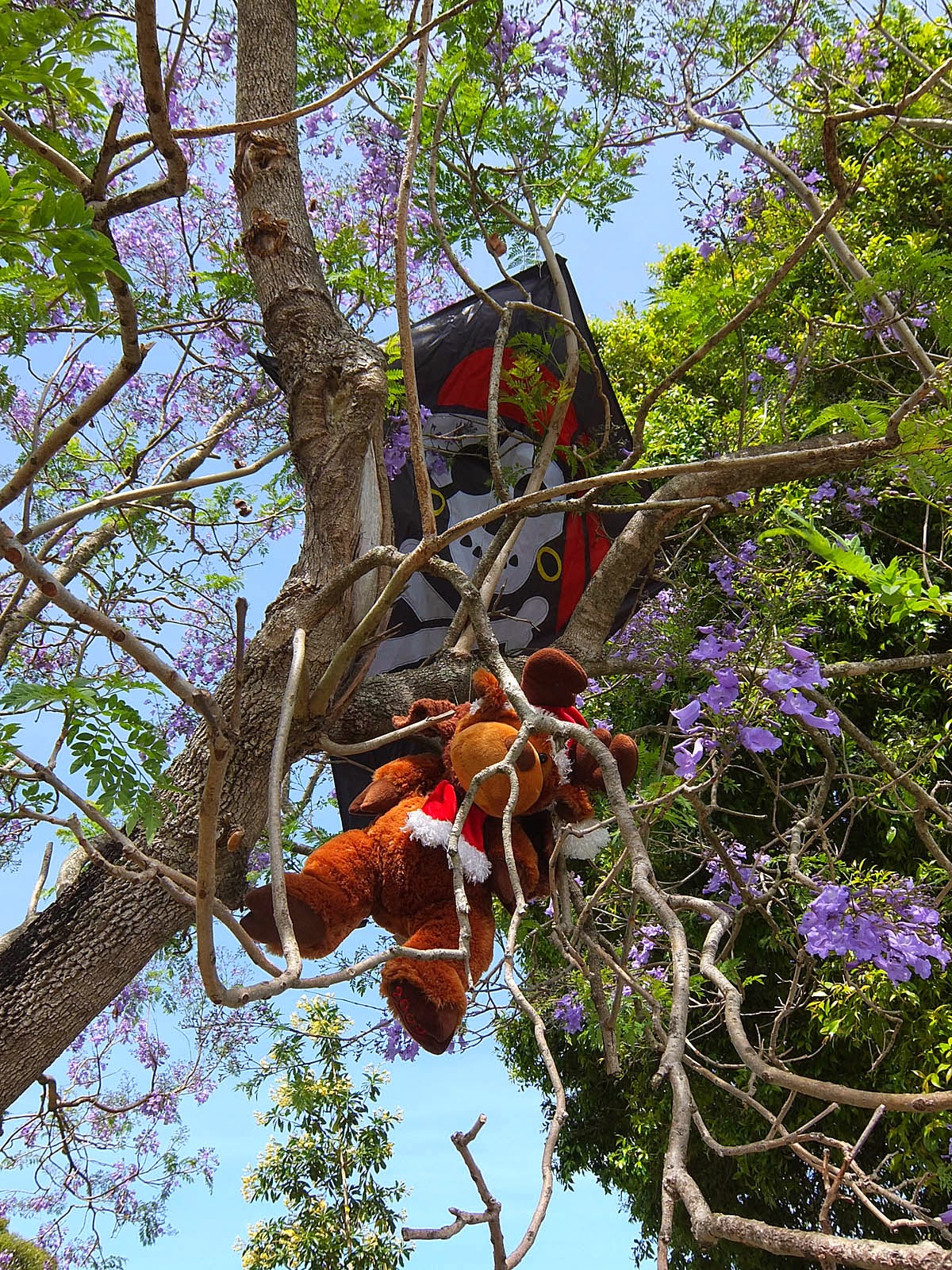 Posted by Dennis Argall at 8:32 AM