There is an interesting article at Science 2.0 on research providing some eye opening discoveries about the benefits of crop rotation. One could perhaps also apply the information revealed about rotation to the practices in permaculture of mixing crops as well as rotating them... but one step at a time... this is scientific progress, in the sense of science waking up to the smartness of nature, looking at broad issues.

This is a major finding, quote from linked article:


"Changing the crop species massively changes the content of microbes in the soil, which in turn helps the plant to acquire nutrients, regulate growth and protect itself against pests and diseases, boosting yield," said co-author Professor Philip Poole from the John Innes Centre.
"The soil around the roots was similar before and after growing wheat, but peas and oats re-set of the diversity of microbes."

A key to the research has been a new ability to look at organisms across kingdoms:


Analysis has previously relied on amplifying DNA samples. This limits scientists to analyzing one taxonomic group at a time such as bacteria. It also means that everything present in that group is analyzed rather than what is playing an active role. Every gram of soil contains over 50,000 species of bacteria so the task is enormous.

There are relatively fewer actively expressed genes - RNA. It is now possible to sequence RNA across kingdoms so a full snapshot can be taken of the active bacteria, fungi, protozoa and other microbes in the soil. The research was carried out in collaboration with the University of East Anglia and The Genome Analysis Centre on Norwich Research Park.

"By sequencing RNA, we can look at the big picture of active microbes in the soil," said PhD student Tom Turner from the John Innes Centre.  "This also allows us to work out what they are doing there, including how they might be helping the plants out."

In sending a link to this article to a friend in Nebbi, Uganda who is an IT businessman and recently begun as small farmer. We have been discussing crop rotation. I commented on the article under discussion:


Science and technology makes too many humans think that the world is somehow just a lot of machines. People are so strongheaded about their own importance that they don't notice the way the world shapes itself. Industrial farming seems to start with the notion that a farm is an empty space which you scrape bare and load up with human genius, but we are just a not so bright, very dangerous species. And you probably notice that the humans who come as tourists may have the power of money but often so disconnected from the earth that they don't see much around them and definitely don't understand much. 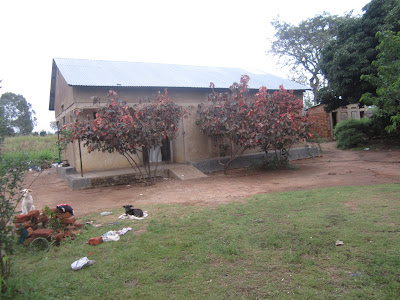 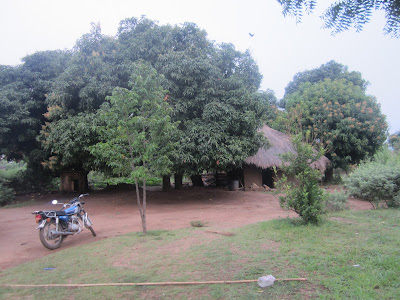 At Science 2.0 I commented:


" The findings of the study could be used to develop plant varieties that encourage beneficial microbes in the soil. The scientists are already investigating the possibility of engineering cereal crops able to associate with the nitrogen-fixing bacteria normally associated with peas."

Perhaps more importantly it should point to the great limits of conventional agriculture's understanding of and disrespect for the soil, and lead to more sensible practices within nature, rather than in clearing away nature and trying to do a chemical pallaver on top.

We can also draw on history, to see the succession of civilisations wiped off the map because of lack of respect for the soil. The issue is urgent. Peak soil is closer than peak oil. As is peak water.


The hunt for GM smartish things tends always to produce items demanding more water and or more chemical fertiliser because of designer weaknesses of plants. And more water ceases to be available while the flood of chemical fertilisers supplant and wipe out the populations of soil organisms discussed as important in this article.

This research is important in that it has, with its ability to examine a wide variety of organisms, unveiled realities which are not apparent in reductionist up-close studies. More important (for understanding of nature if not for securing corporate funding) to understand broad natural processes than immediately dive back away from the fresh air this offers into the worm holes of reductionist fiddle with molecules.

We need to enhance understanding of soils and attitudes to water, getting more water retained in improving soils. People often talk about organic farming and sustainable farming with answers about the importance of what is fed to human consumers. The big question should be: "If I farm for 10 years or 50 years, will the soil be better than it was when I started?"
Posted by Dennis Argall at 9:20 AM