Part of the business of being good WWOOF hosts is finding time to show the WWOOFers some nice places. The request was for pelicans and kangaroos yesterday. At the tourist information centre, getting maps, we also learned that there were whales in Jervis Bay the day before. We went looking for them late in the afternoon but saw no whale. We saw one pelican, not this one, which I photographed years ago: 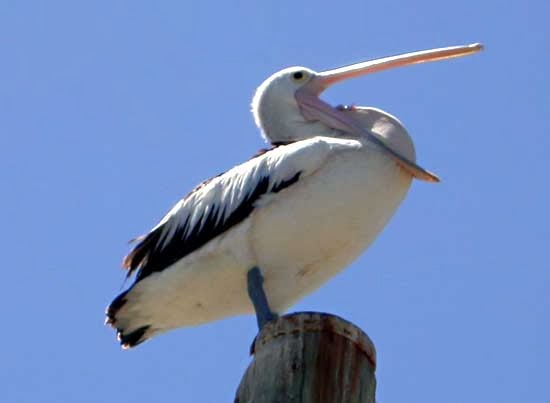 We found two large mobs of kangaroos, at least thirty in each.

Here is a little film of one kangaroo mob. filmed roughly from the car:

Posted by Dennis Argall at 3:00 PM