With a new helper/adviser I had become conscious of the need for more pruning, mulching, soil development, also to admit more light. I have a large chainsaw which I cannot with damaged shoulders use. So I finally succumbed to desire and spent $125 on a 3kg, single-handed pruning chainsaw with a 10 inch bar. 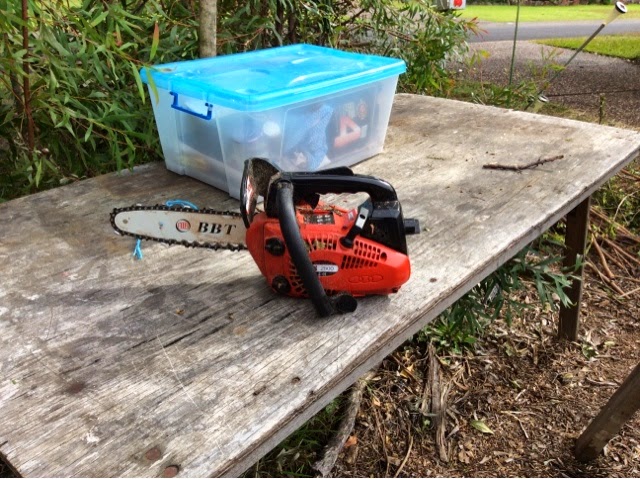 Which is in fact very powerful, very easy to operate and maintain and has meant a very rapid and extensive pruning and tree-shaping in my front yard. I have been conscious that with small spaces the more you create 'rooms' the more space you seem to create.

In a short time pruning, several hours with gaps in them, and less than two litres of fuel, we have much more light and space. And mountains of prunings. A problem with a wheel of the mulcher prevented straight line thinking and a lot of tedious mulching straight away.

At this point I recalled recent reading about hugelkultur, which apparently lots of others had been doing for some time... http://littlehouseinthesuburbs.com/2011/11/building-a-hugelkultur-bed.html is one source of information about this notion of building wood mounds as garden structure.

I have had little success with trying to build swales on my flat block with sandy draining soils, in contrast to Helen's success with her slope and clay-loamy soil. I suddenly realised the answer may be to build up more rather than dig down, so I have attacked one heap of prunings so far and produced a semi-dense mound. There will need to be a lot more material to fill this up, manures, mulches, soil... And water.

Here are some photos, first of prunings stacked by the drive. 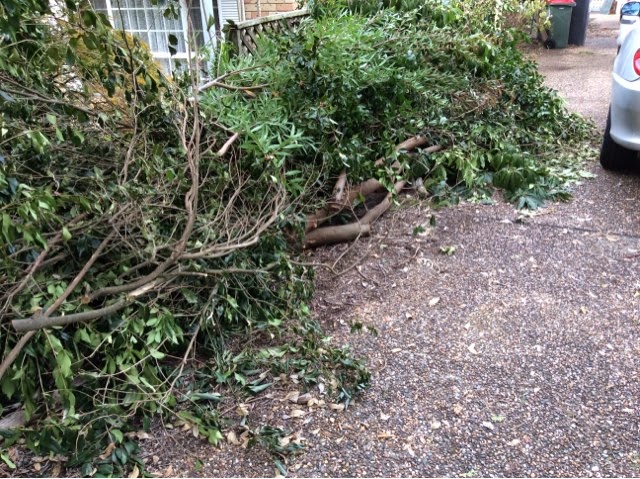 This is a view from the street of a mound which was initially three times present height, reduced by vertical work by the chainsaw 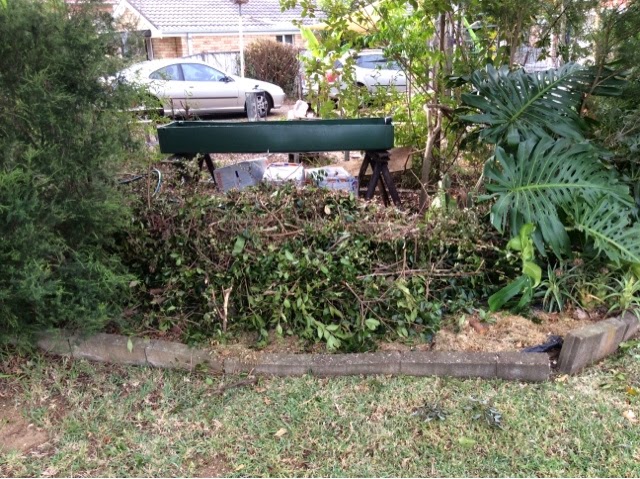 The view through from the street, above, created by removing lower limbs from this large Lilly Pilly (Syzygium smithii)  http://en.wikipedia.org/wiki/Syzygium_smithii a large and handsome tree sometimes productive of good quantities of modest value, pretty but pallid flavoured fruit. Its branches swept the ground and with chainsaw rampant it was clear also that it nurtured weedy Pittosporum trees and worse bushes, now gone. 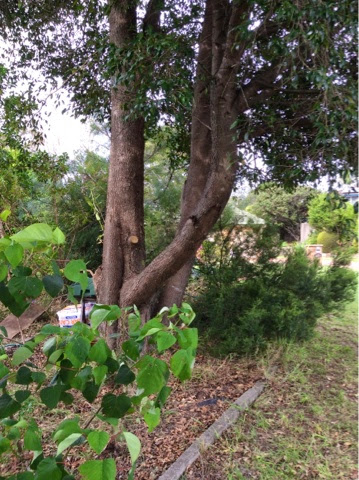 New areas opened up for development. 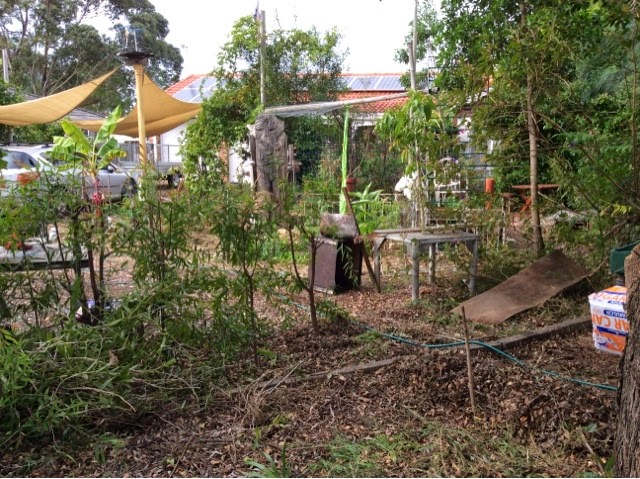 While around in the back garden is also a mess of prunings, seen here from a window, which will produce a mound in an area where swale building has not been successful ... Or rather, where digging of swales in bare earth has been demonstrably unsuccessful. The key is clearly in organic content, building soil humus, retaining moisture. 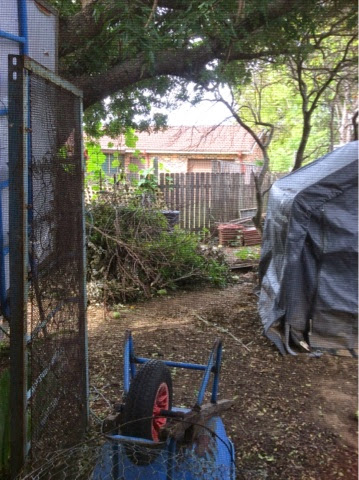