a season of birds

At this time of year I have a number of bird species migrating, or making flighty swift visits to my garden. I have not succeeded in photographing them in my garden, but visitors have included the once-common elegant, unmistakable bulbul, thought by some to be a pest but far more common fifty and sixty years ago, when I was young.

Absolutely not a pest, the Wonga Pigeon is audible wonga-wonga-ing and comes for a quick look and seed hunt before wisely scooting back to the bush, having in earlier times, because it's fat and walks around, been hunted and eaten near to extinction. Here is a little sound bite of its voice that I made in 2007 at my former farm. There it grew tiresome, same voice all day. Here, sudden, brief, unexpected, it's a huge pleasure.

There have been rain events of one to two inches of rain, a week apart, with heat between. Growth luxuriant and at my house with many ponds, at least three species of frog at noght. At Helen's house, the bird life and lizard life abound. A 30cm lizard has come into the house and it's not easy to see how to get it out.

A juvenile magpie has decided to be Helen's kitchen window friend. You can tell it's a juvenile both because it is fearless and has not learned any hostile responses to humans and also because the black and white feathering is not sharply defined yet. Alas I did not get the camera in time to record three young magpies on my neighbour's lawn one afternoon, either in play or in reality engaging in vigorous puffing, pouting, pecking and flapping competition. But here is Helen's friend, a regular visitor to the window. He does not seem to be using the window as a mirror but curious about life on the inside and happy to be talked to... and to gurgle back. 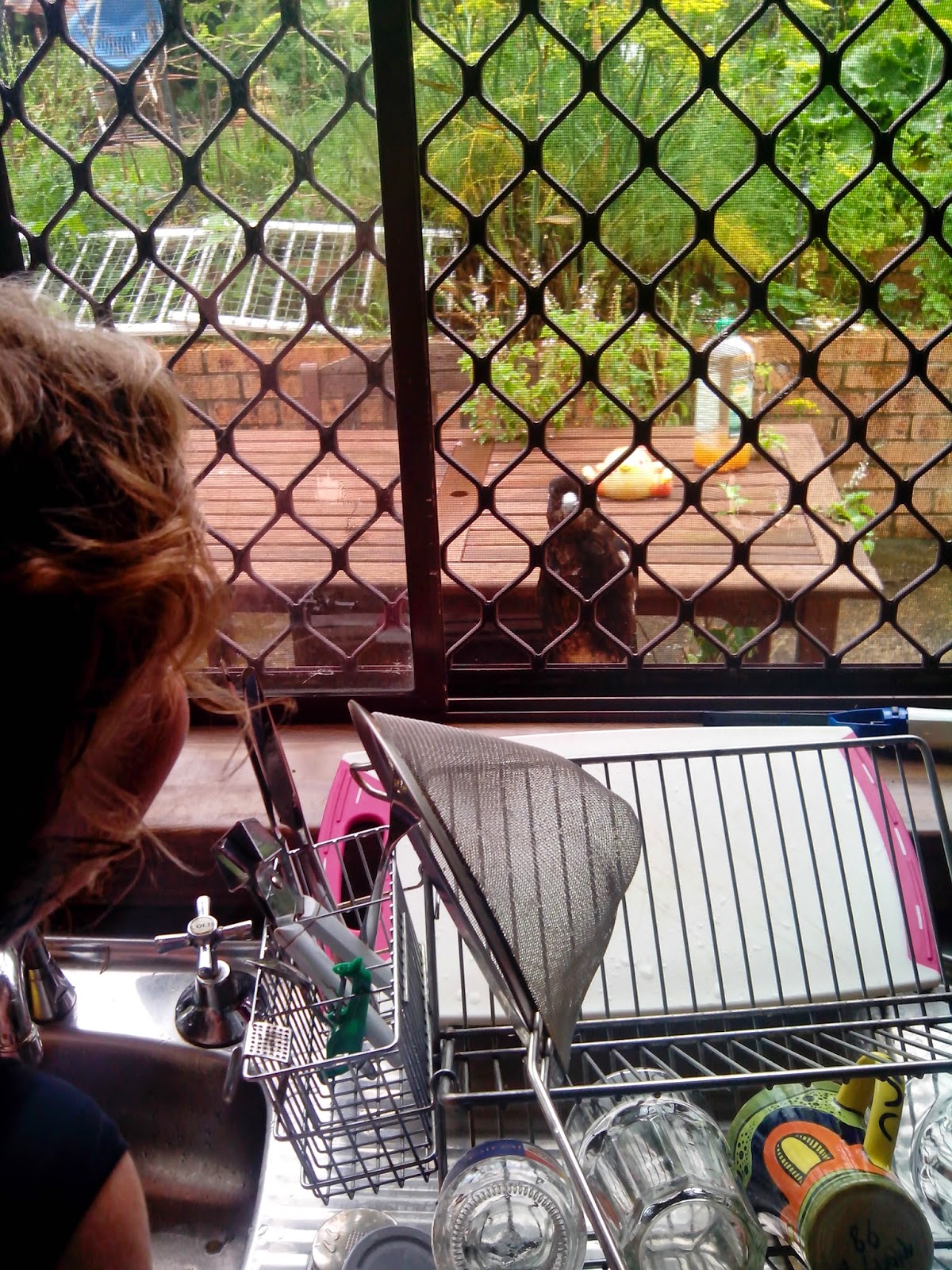 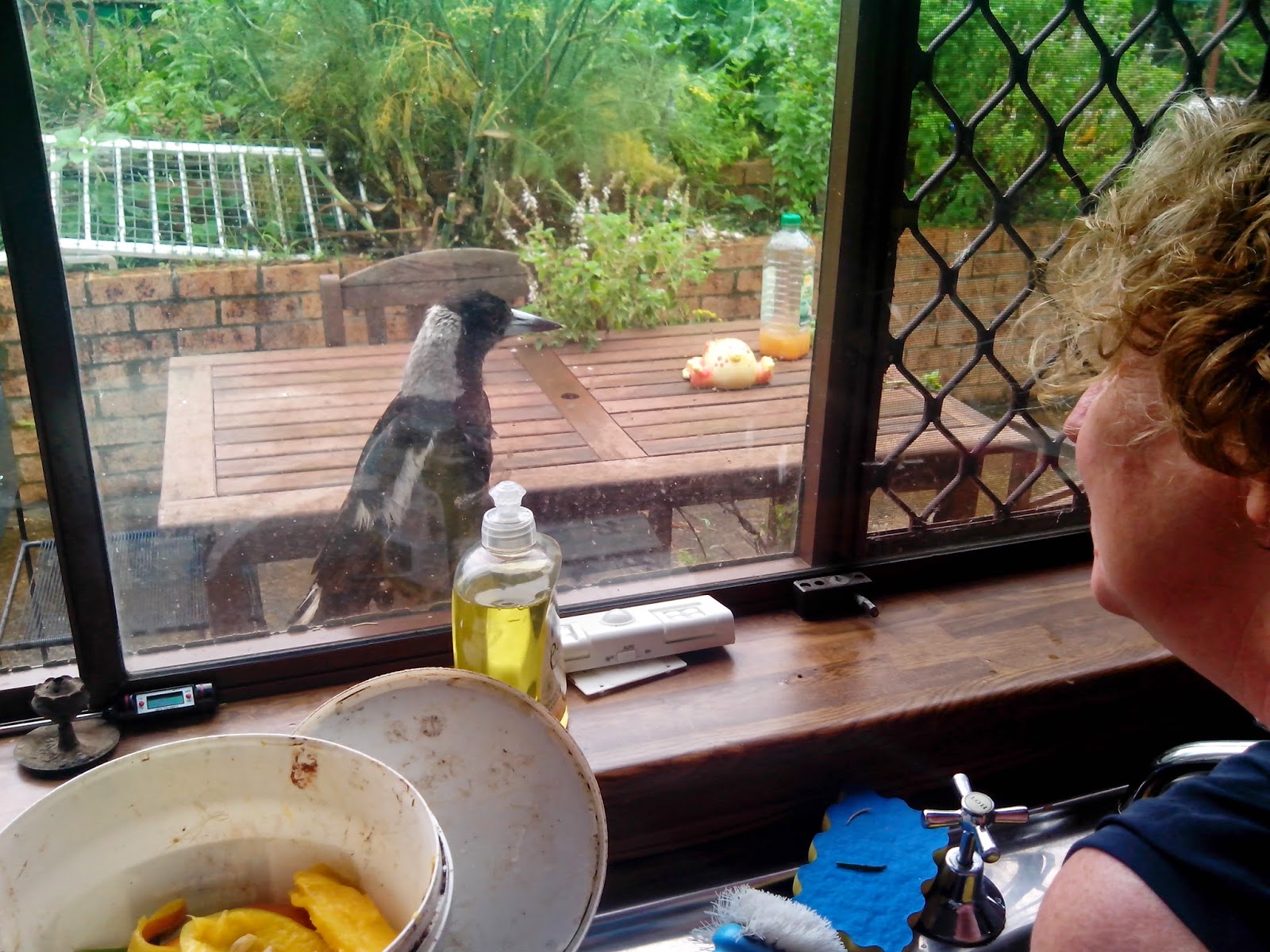 Meanwhile out the front, in the damp morning, corellas gather on the powerlines. Since recent inland droughty years, they seem much more common on the coast. 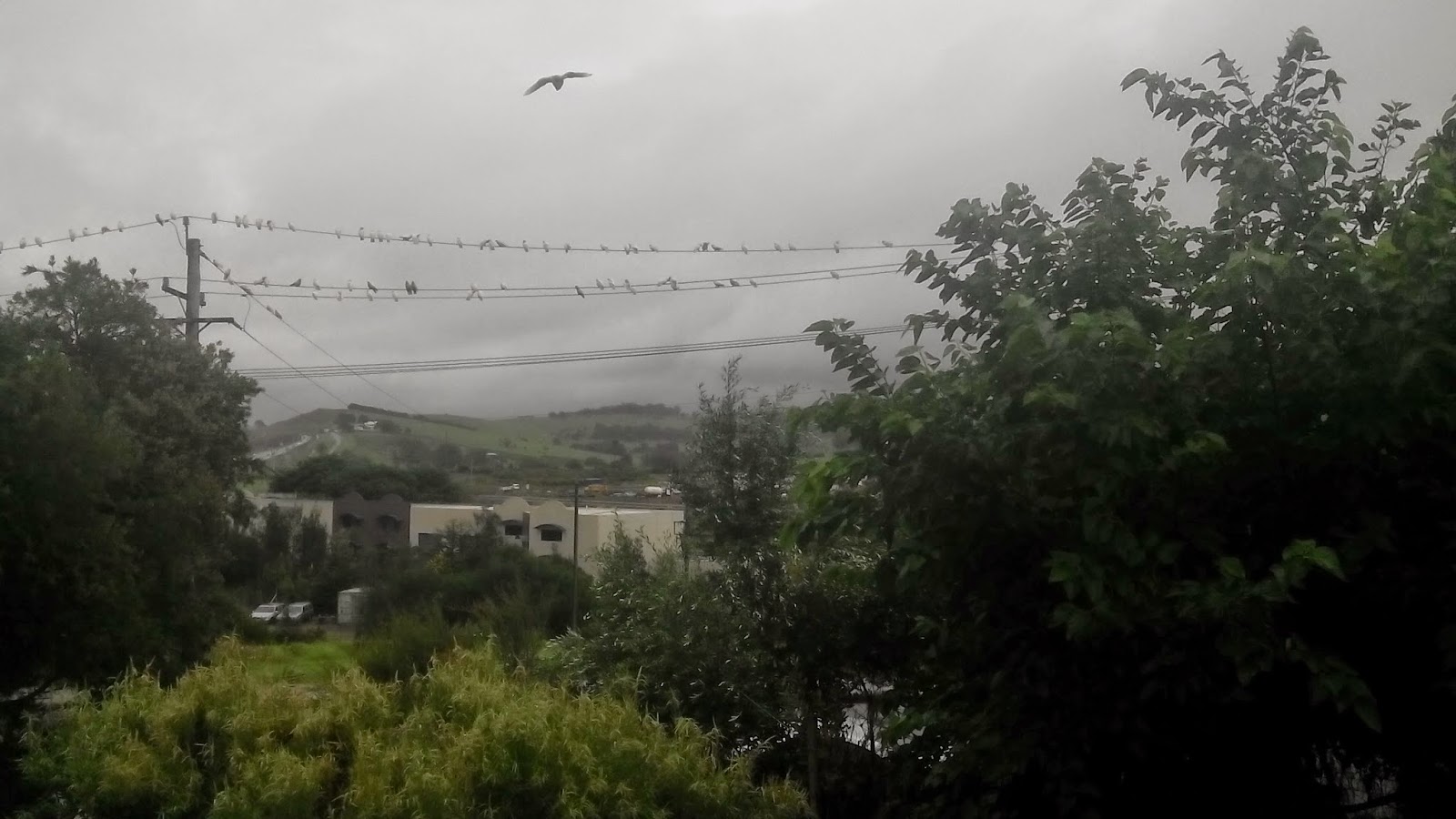 and fly away... (click on any photo to enlarge) 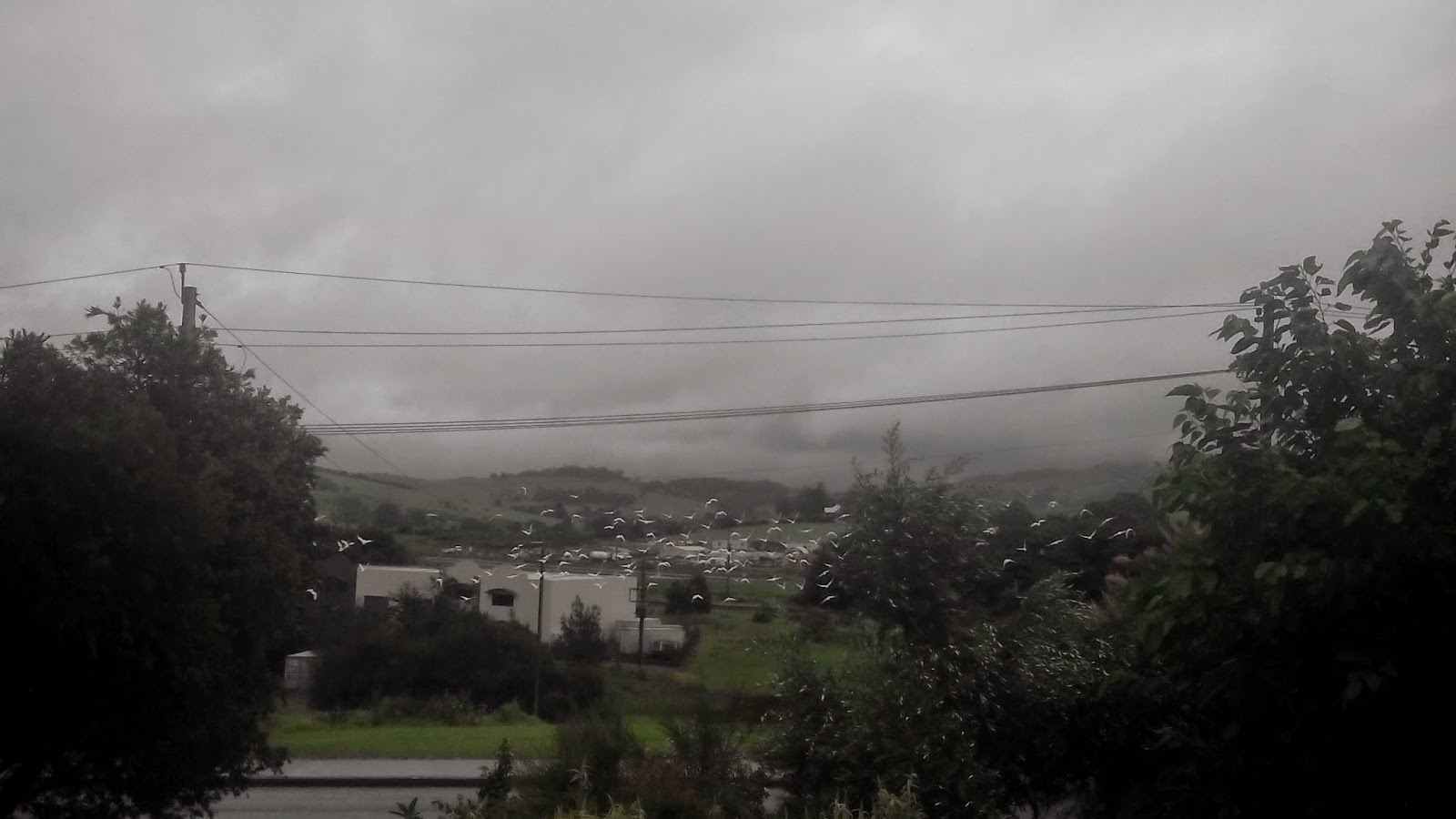 When there is a storm coming out of those hills to the west out there, these birds come screaming ahead of the storm in large numbers, shouting "who's got the map, where's the map, which way to New Zealand??!!"

But in this quiet cool damp morning, it's different, quiet, social.

I realise that hanging out on the power lines in the morning has simple explanations. They are very social, there's quite a bit of healthy allopreening going on. But also, if you've been in safety in trees in the night, you are wet and you need somewhere in the open to dry. We don't hang our washing under trees, same reason.
Posted by Dennis Argall at 1:23 AM

The ultimate goal of farming is not the growing of crops,
but the cultivation and perfection of human beings.

That land is a community is the basic concept of ecology,
but that land is to be loved and respected is an extension of ethics.
That land yields a cultural harvest is a fact long-known, but latterly often forgotten.