Although Helen's soil is volcanic in origin, Helen has installed two 'WormFeast' mini-and-underground composters, as described in yesterday's post. Whether, given the quality of her soil, worms will rush in to the WormFeast or rush out to the garden, we shall see. Certainly in digging to install them there were lots of worms relocated from the soil!

Helen has also built a light frame for a thornless blackberry to climb on, removed from poor performance in a dark location in the back to a brighter location in the front. 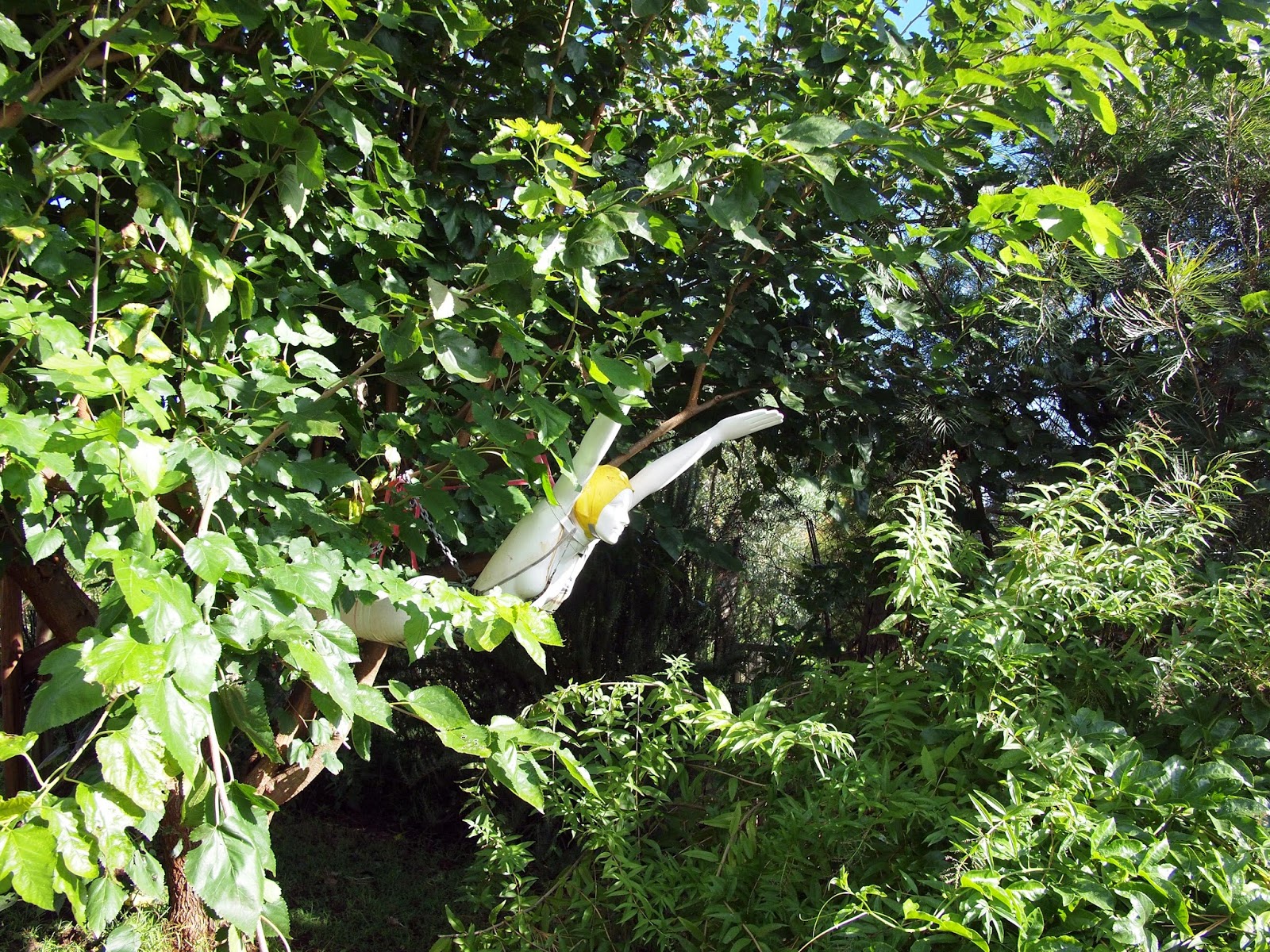 A WormFeast discreetly lurks at one end of a swale above that little garden. Swales are very important on this sloping ground, to catch water and get it underground, not run-off to the street.
There was earlier discussion of swales here. 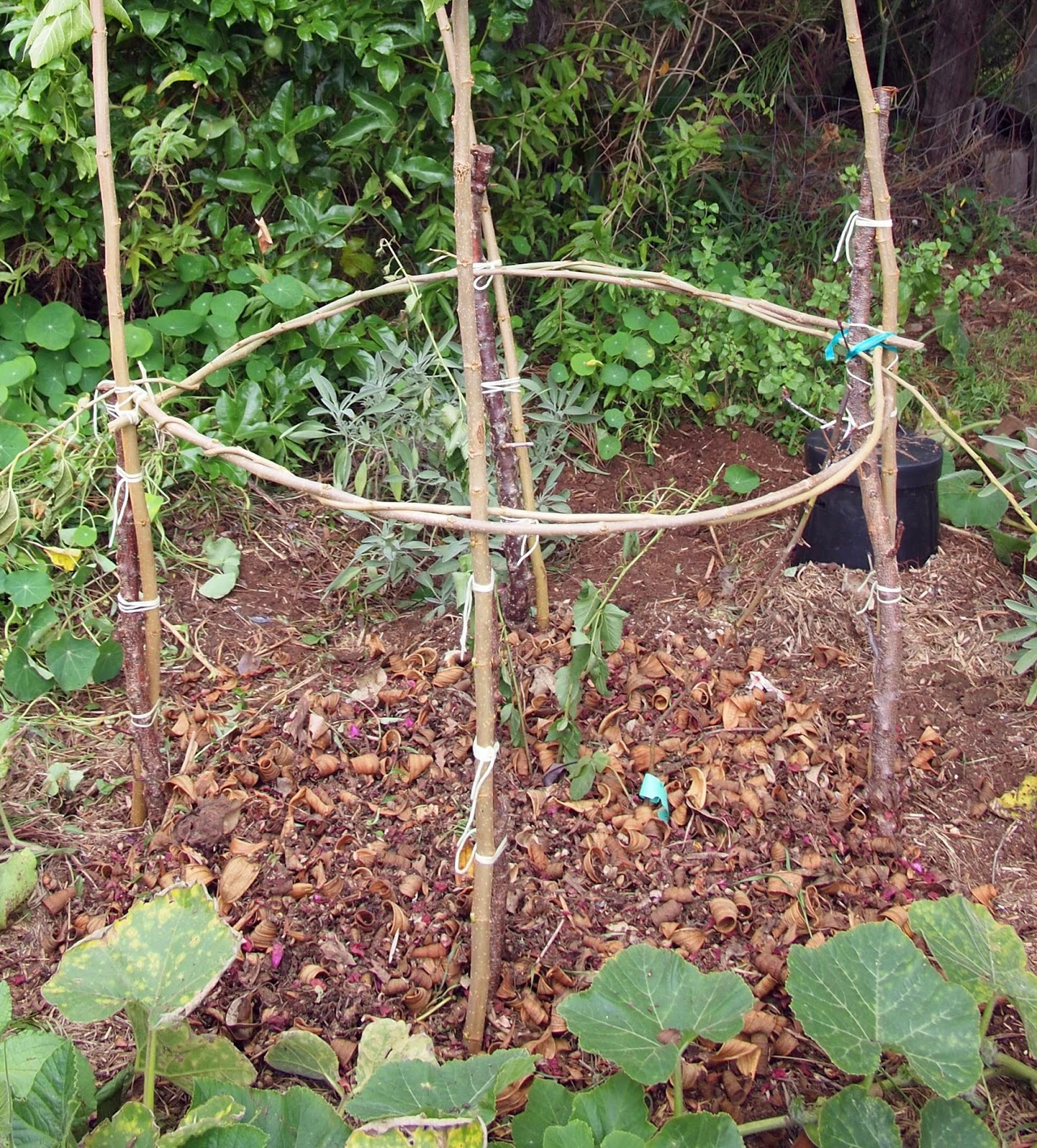 while further up, near the house, the second WormFeast being installed on a slope above a lively garden with apple, citrus and herbs (and of course volunteer tomatoes): 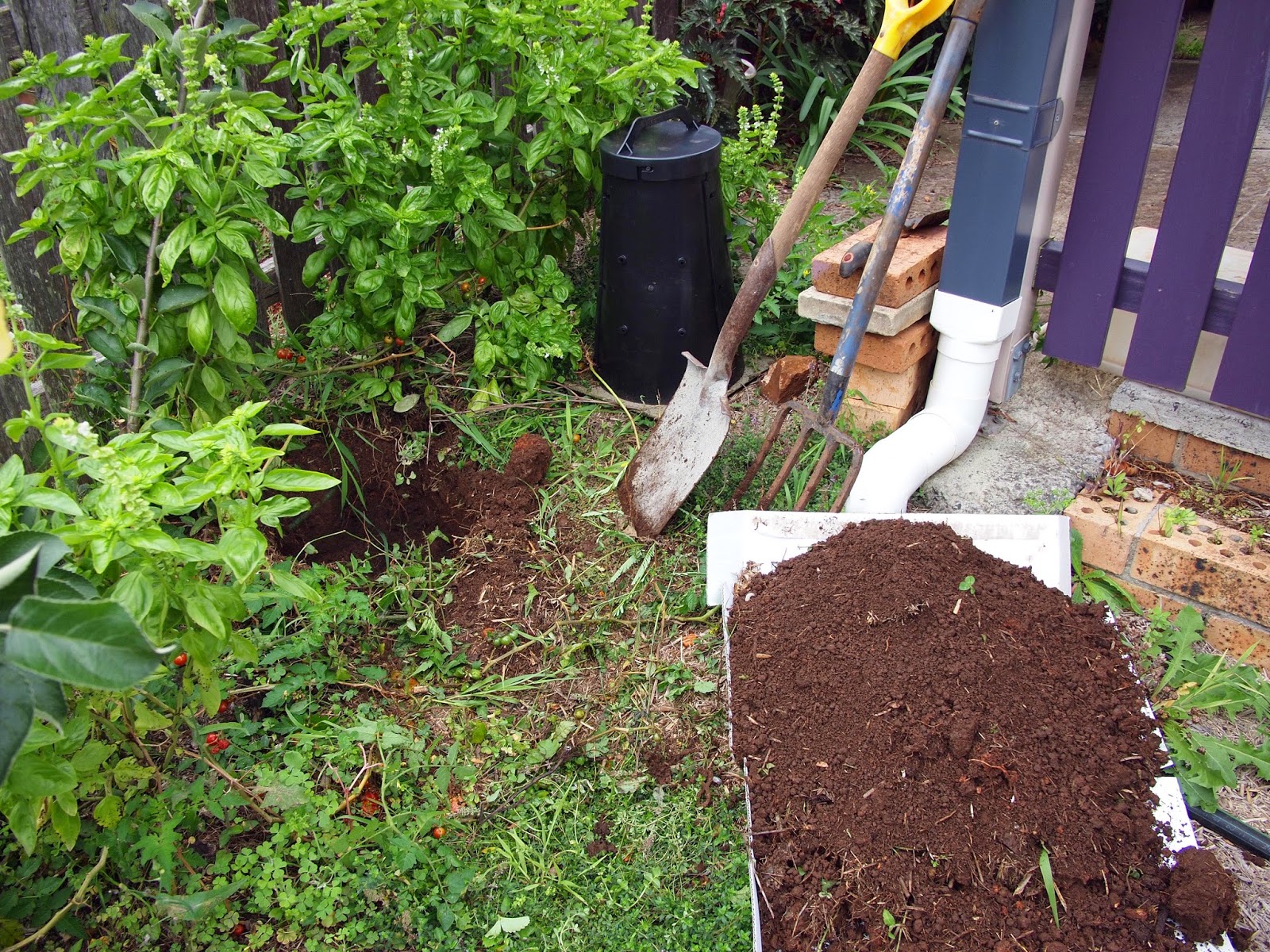 with a live mulch of thyme, dug from where it's running rampant, nearby 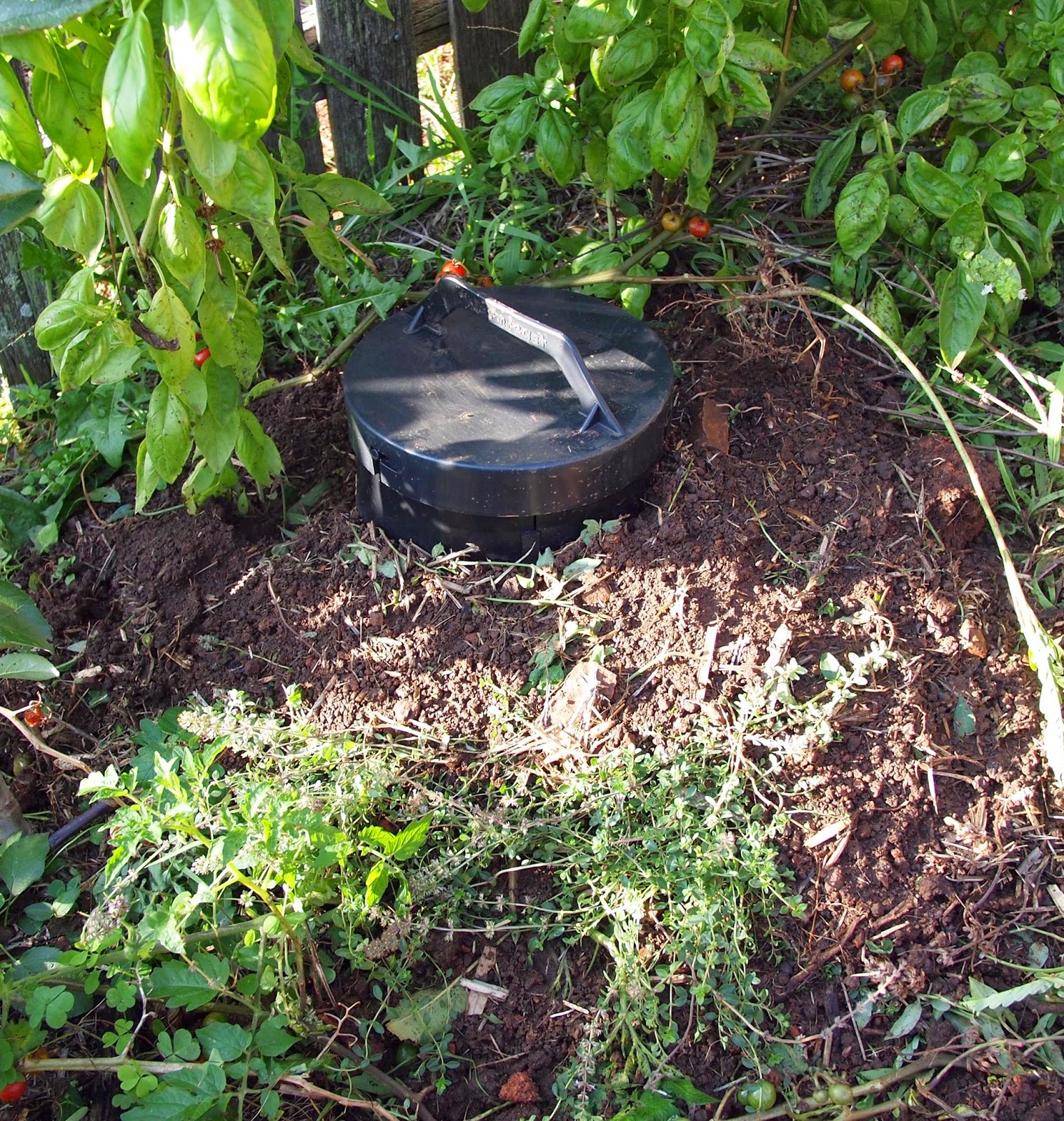 Meanwhile in the backyard, the chooks (non-gender generic Australian word for chicken, rooster, hen, etc) are in jungle heaven, having been moved from their well-worn pen at Dennis's house to four months wild growth at their beach jungle at Helen's.

Welcome to the backyard, the passionfruit crop has been big for months. 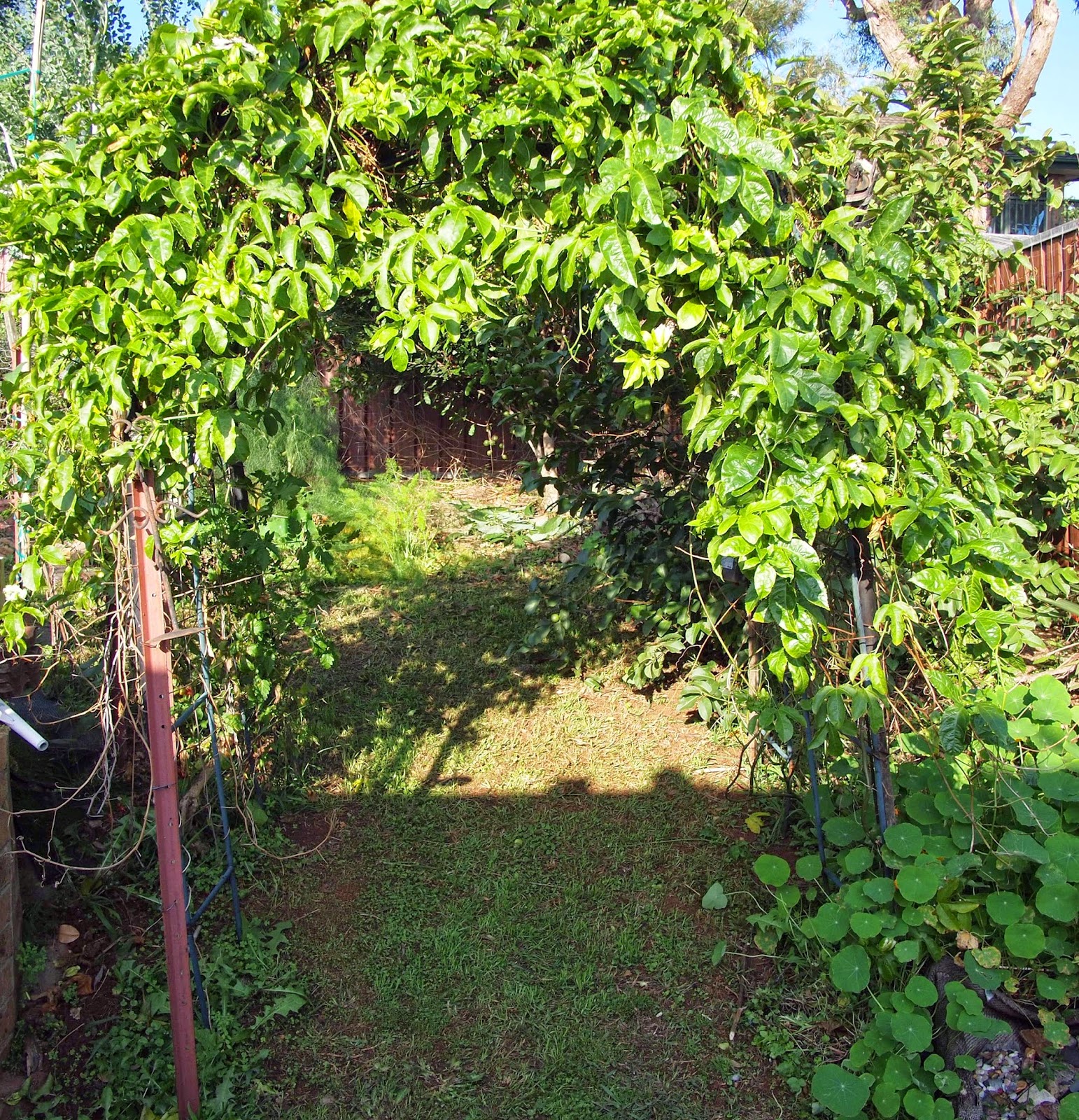 the three hens came here first when bought at auction end of October 2014. You can see the growth inside the fence and inside their house since they left... in January? 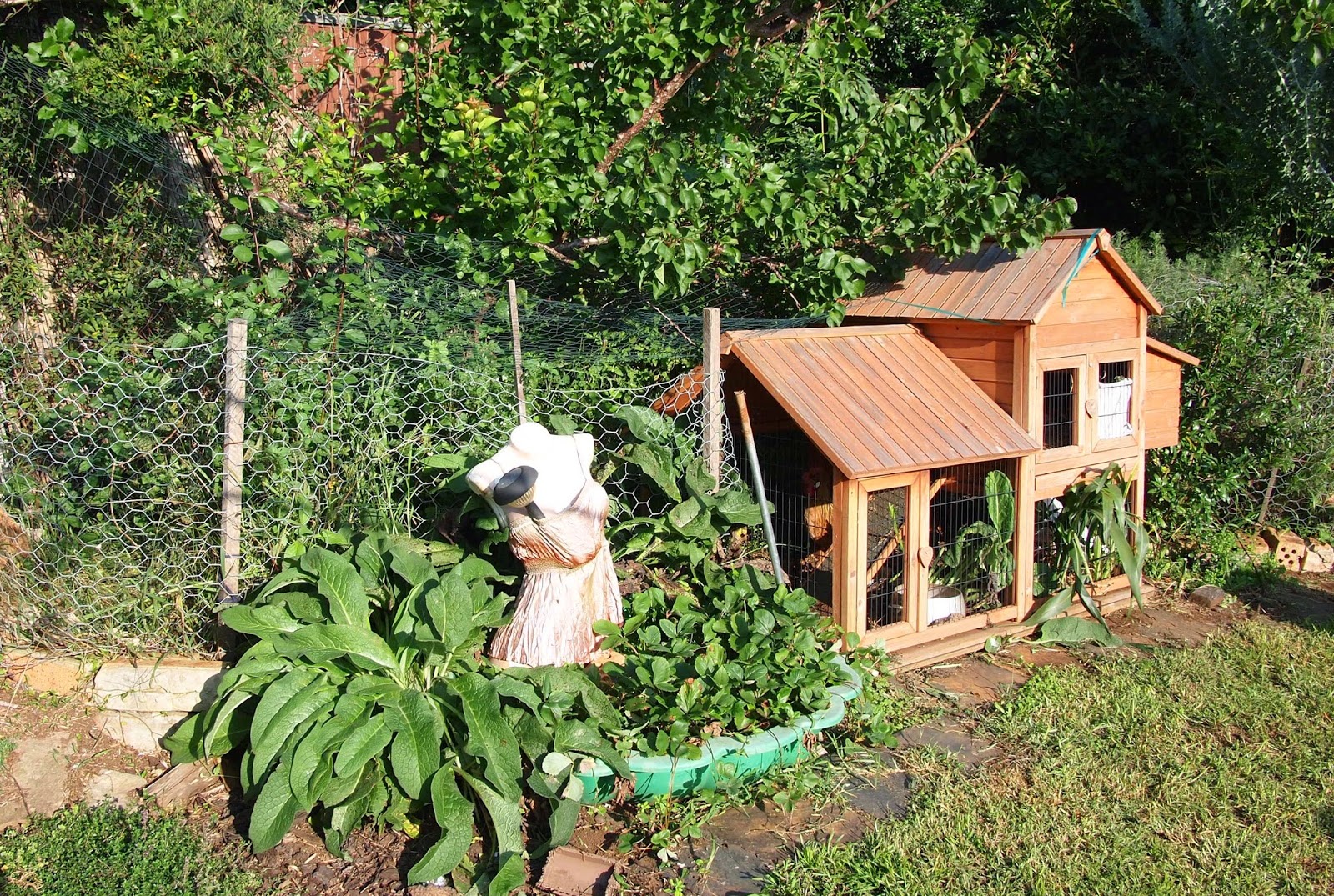 The Livorno (Leghorn) who is the only one laying so far made a huge song and dance setting up her space in the nest box (right hand end of the house) and producing a fine egg straight away.

These are really creature of the jungle and so happy here in this old vegetable garden run wild.
Meanwhile I will plant seed in their run at my house to refresh it for their return in some weeks. 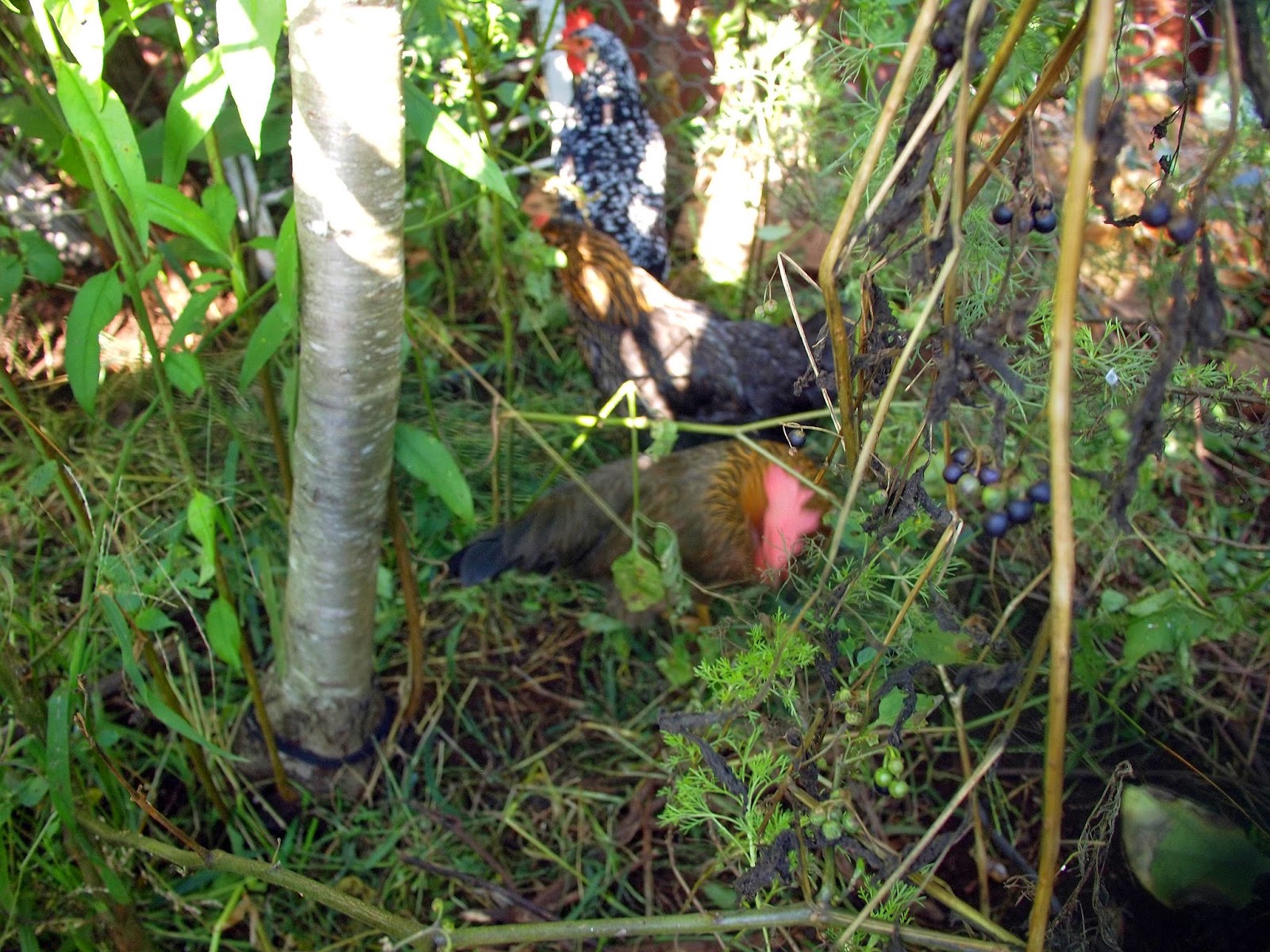 Posted by Dennis Argall at 4:16 PM