I was slow in discovering Pinterest, I suppose, but I have realised in a few weeks its value in enabling assembly of images and notes in a new kind of research. The concept is simple. You have a home page, on it you 'pin' picture obtained elsewhere: elsewhere on Pinterest, elsewhere on the web, or uploaded by oneself. How people go about this is an insight into mind. Not only other people's minds but one's own mind. I look back to where I began a few weeks ago and can see the evolution of ideas and pictorial sensibility. There is clearly a correlation between Pinterest and insomnia, I swear I was a lousy sleeper before Pinterest and when sleep is not possible, it, well, it keeps me from reading books... sigh...

I have observed that some people, most people, seem to engage in detailed taxonomy, dividing information into compartments, many boards, mainly practical information for the kitchen or garden, as well as art and travel.

You get wondrous insight into the minds of others. When you 'follow' someone whose collection looks interesting, you get news of what they are doing. Here's an interesting sample. 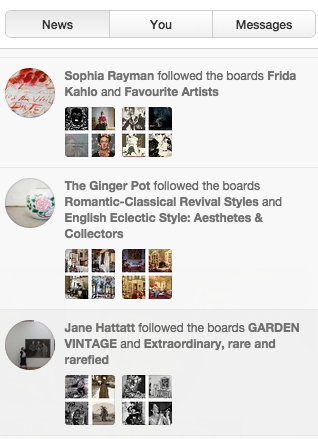 In a few weeks I have surprised myself, eventually setting up or joining 12 'boards', subjects for information, though the core of my mind's assemblage is in fewer than that. And in my assembly, the boundaries between groups seem unclear, as they do in my head.

I have two boards related to garden: one with pictures of our own gardens, one called 'garden in mind and practice', the latter containing both practical information and vision inspiration... a garden does need to serve to delight and you do need to begin with that in mind. Click on images to go there.

Hey, this image of the top of the current look of the pinterest page on our gardens makes me realise I badly need to provide an update on the gardens, growth has been dramatic this summer.
Click on image to go to the pinterest page. 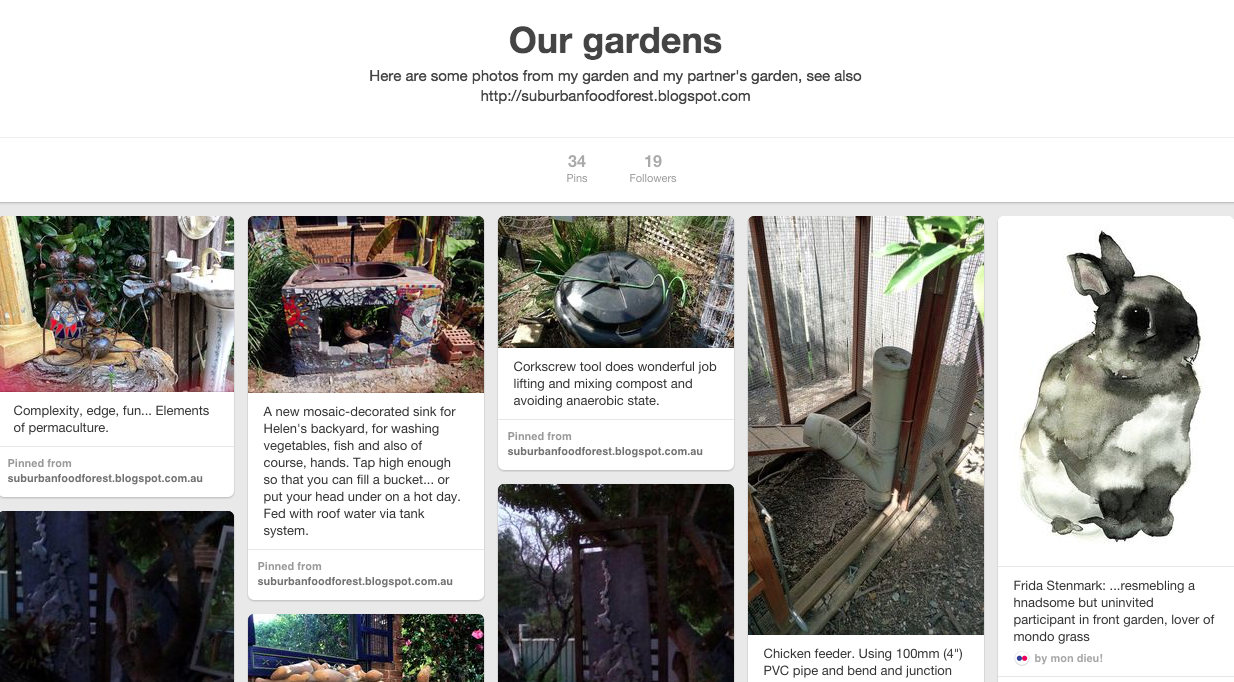 It's really much as the Satin Bowerbird (including the one who thinks he owns my fig tree) does, except that most of the Pinterest human collectors-displayers seem to be women, whereas among the bowerbirds it's the men who do the collecting and displaying.
You will see that as with Pinterest, stealing other's pins is central to success,
though Pinterest kindly leaves the pin where it came from as well as pasting it in a new page.

The worries of the pinner, see below, need to be put in the context of the stresses on the male satin bowerbird! By the way, there is a short part 2, a dramatic sequel to the movie above, don't miss it!!

Another thing. We cannot see–it is not within the range of what our eyes can see–that the bowerbird's saliva paints the sticks of the bower brightly iridescent. I'm sure that there is something about that that's a parallel to the way humans identify with other boards on the basis of.. what we discover in looking at other boards. Here is the magic of (potential) expanded perception and insight in using Pinterest... if you do more than hunt and grab. 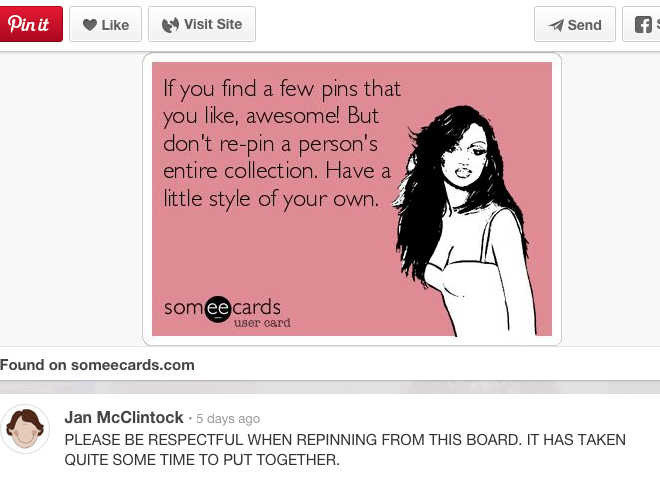 After writing this earlier this afternoon, I have wondered whether I am done with pinning after these few weeks. Perhaps for now. We shall see. Walking the dog in the evening I am reminded of something the person who first encouraged me to paint and draw some years ago said: "The hardest thing to know is when to stop." Stop painting a painting, that is. In a sense, I have painted a painting, assembled a visual ah, ah...feast, feat, aggregation, statement, learning experience... ? Done it. I did not sustain painting, I perhaps more effectively stopped painting than A painting. I think it's important to reach a point of reflection, stand back and look and think about it. To have the wonderful sensation: "who did that?"

Posted by Dennis Argall at 6:06 PM