An exceptionally hot and challenging summer for the garden, with breaks of cold and wet then rushing back into the high 30s (100 Fahrenhiet for the imperial people) to the confusion and upset of human and plant routines. Fruit trees flowering at wrong times, fruit falling off, trees (espceially tamarillos suddenly frying in the heat. Rampant vegetation generally, not least in mini-rainforest. 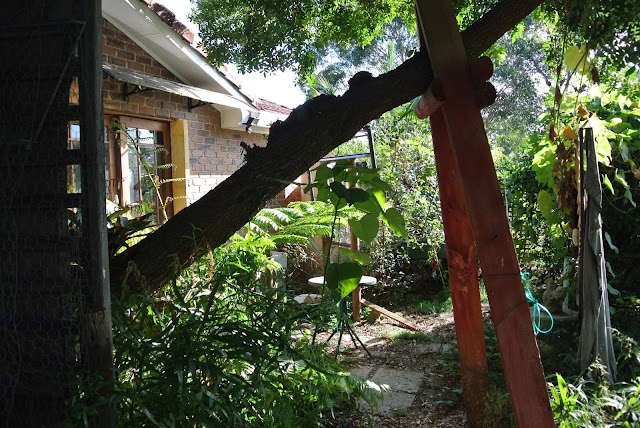 In such forceful heat, it has been good to have the house now disappearing under green protection. 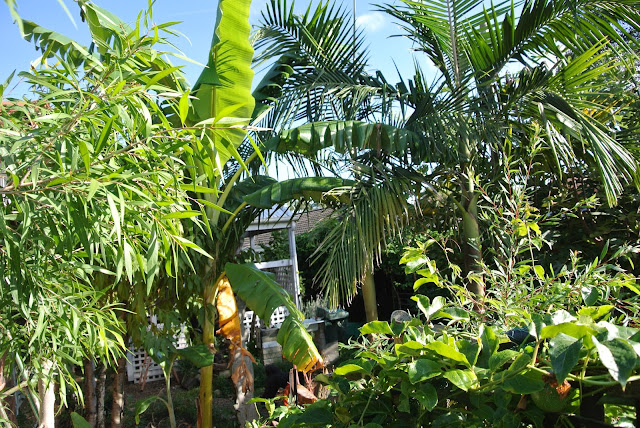 We may get relatively few conventional eggs from two hens, but the roots of the passionfruit are under the chook run. The passionfruit continues rampant and productive. 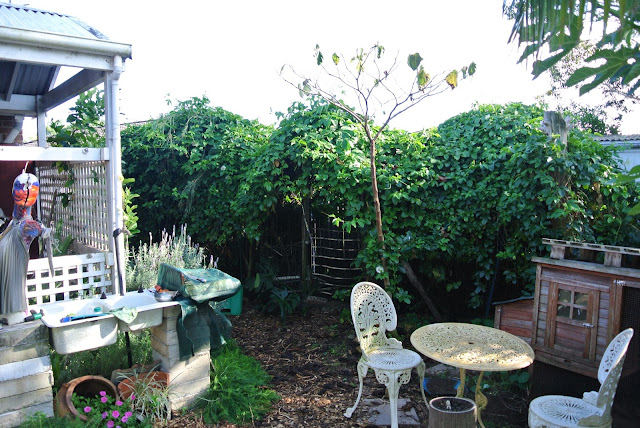 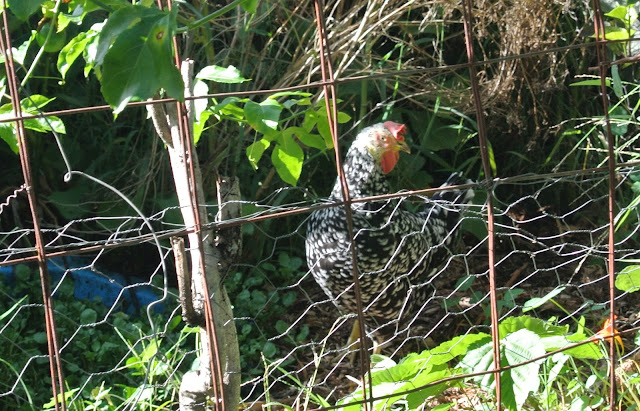 Other routines maintained, Captain Rattleberry grows into his third year and though desexed he imparts a powerful pheromone to his glamorous cuddle companions, who therefore need a bath too. 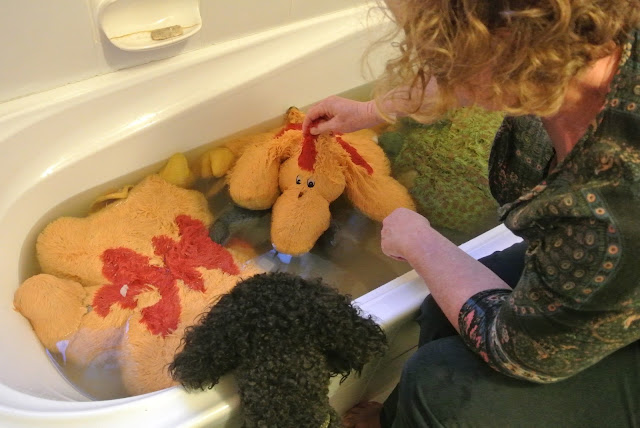 The garden is full of birds. I've not been very successful at photographing birds in the garden. With branches closing in on the photographer photos in the garden are becoming generally more difficult. Birds remain hidden in the foliage, wary in this suburban environment.  But on a trip away, in the Blue Mountains last month, I was pleased to get this photo of an Eastern Spinebill, a very common bird here at home.

First distraction from this blog was action last August-September to prepare wheelchair ramps and paths for a house we had purchased for Helen's sister, 600 metres from my house. With helpers. 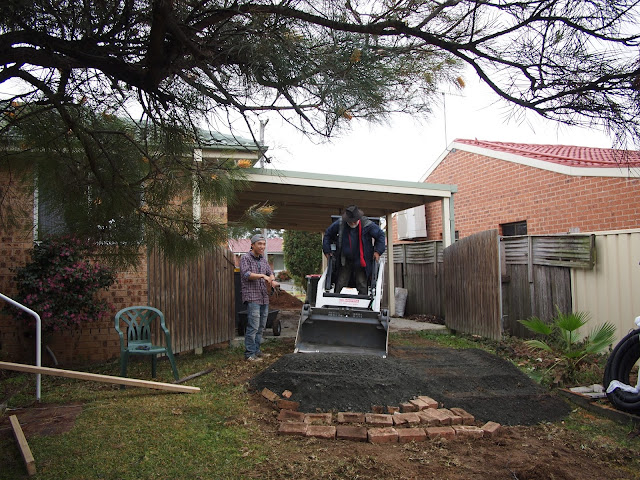 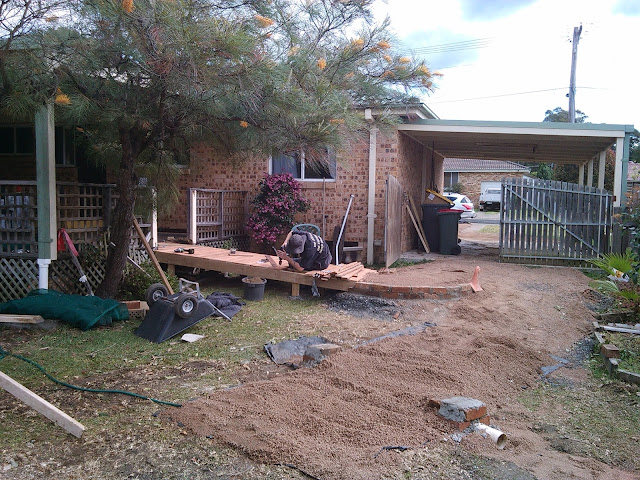 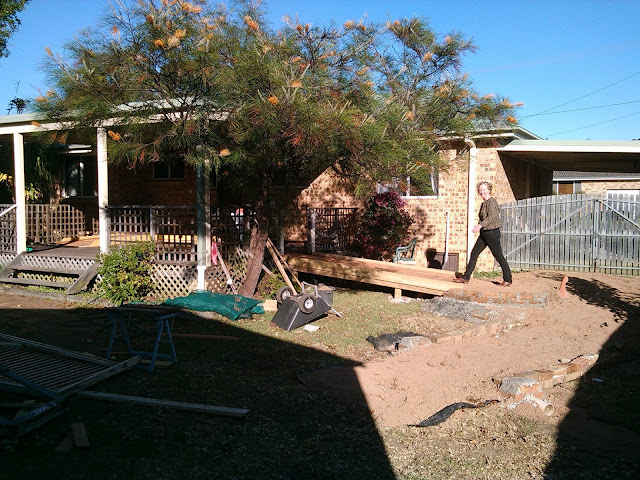 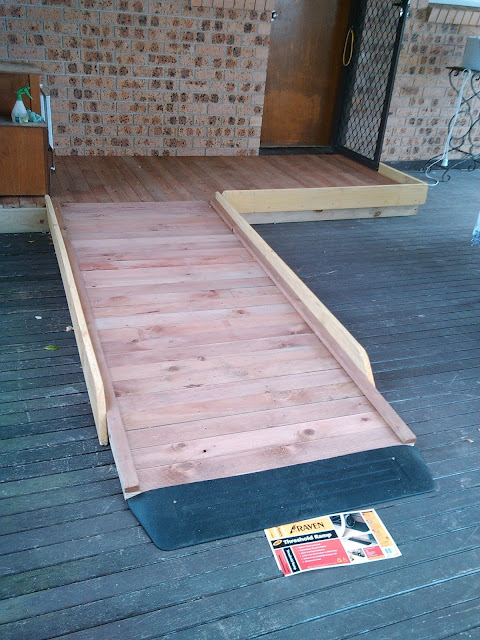 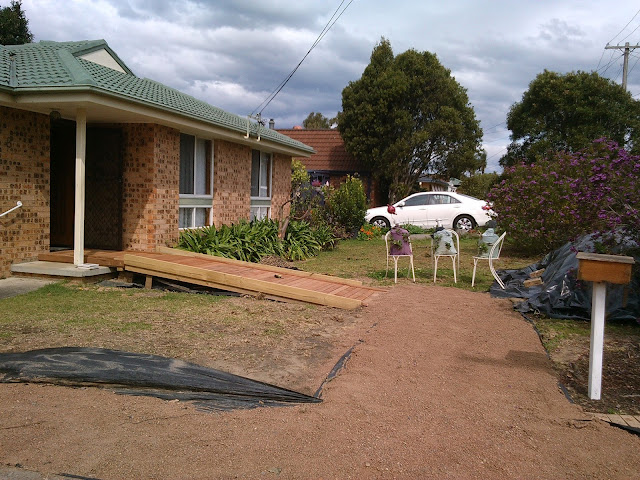 Alas all this constructive energy was followed by a mysterious and vicious attack of something called brachial neuritis, the acute phase of which lasted about ten weeks to early February. I continue in the atrophy phase. While it began in my shoulder, it persists especially in my lumbosacral spine and leg. Five months disability is not pleasant at any age, in my 73rd year you get a sense of the clock ticking. I derive some comfort from recognising that most people my age are dead and also noting the diversity of my chronic illnesses -, chronic fatigue, fibromyalgia, etc - and that the really cute thing about chronic illness is that you have to be alive to have one.  :-)

But the photography suffers!

Posted by Dennis Argall at 9:58 AM