How nice to be able to record the state of Helen's garden, now become an engine in its own life.

The past year was tough with months of drought but spring and now summer have brought good rain. We have developed a pattern in the past month of spending Friday evening and Saturday morning here. My physical limitations significant but able to use iPad for some photos. Also able to manage the battery powered Stihl chainsaw bought for Helen's birthday.

Here are some photos. One of the developments of the past year has been the completion of a retail building across the street, that robs not just parking but also the view of the ranges. You will see that Helen's establishment of a front hedge preserves some privacy.

So the view from the bedroom at 6.30am now includes cars and building but less of the distant view.

These next show how the front garden becomes a food forest, and also shows the industrious gardener. 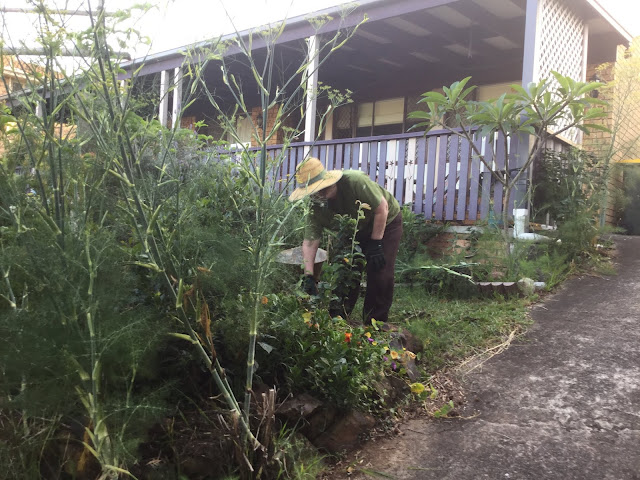 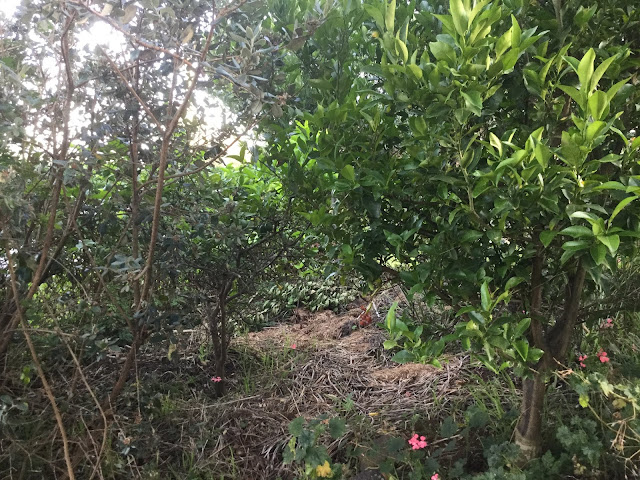 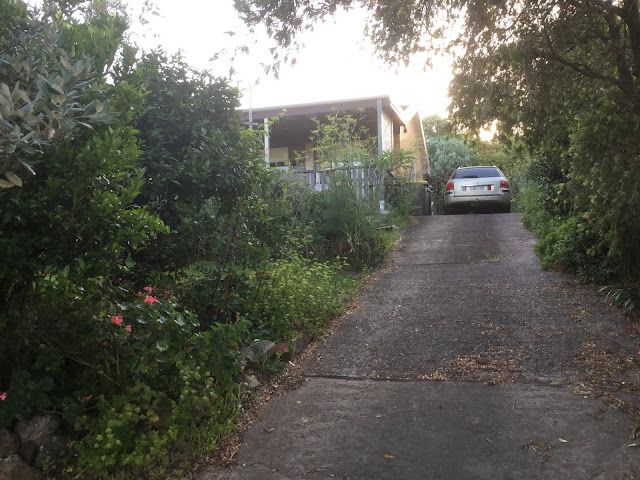 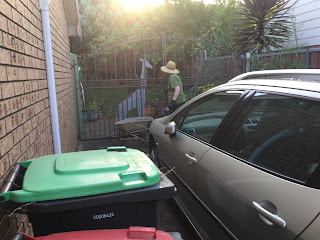 For Helen's birthday, for Helen's garden, a new Stihl MSA 120C, battery powered chainsaw. I can do this work, though briefly. No need to be more than briefly when it's easy to use, clean and you don't have to mess about with mixing fuel and only using fresh fuel...

I'd not used a chainsaw for a year. So failed to anticipate that torsion in the weight of first couple of limbs of this wattle would jam to the chain so easily. Lots of rain, heavy limbs.

We will not remove much more of this wattle, it serves a great purpose in the garden, generally not understood. Acacias are pioneers, they grow swiftly. Like legumes they have nitrogen fixing nodules on their roots. But unlike legumes, which lower pH, these acacias raise pH, valuable in most Australian soils. The tree recovers from hard pruning well. Every time you prune the top, a comparable amount of root dies, releasing carbon and nitrogen. And as the roots grow,  they mine the soil, open it up for less vigorous plants. A multifunction plant.

This light chainsaw makes light work. To have an arborist in would mean having the whole tree whacked and a huge mess of the valuable pruned material gone. But with the saw on hand, easy to prune part of it at a time and review.

At the end of the movie see why it was good to prune early morning, see the 1pm storm.

These two photos show the mass of fallen material from wattle (which I had chopped up variously, some longer pieces for edging here and there, finer material for mulch. The second photo shows that most of it did not have to be moved far. The large leafed tree is a guava. 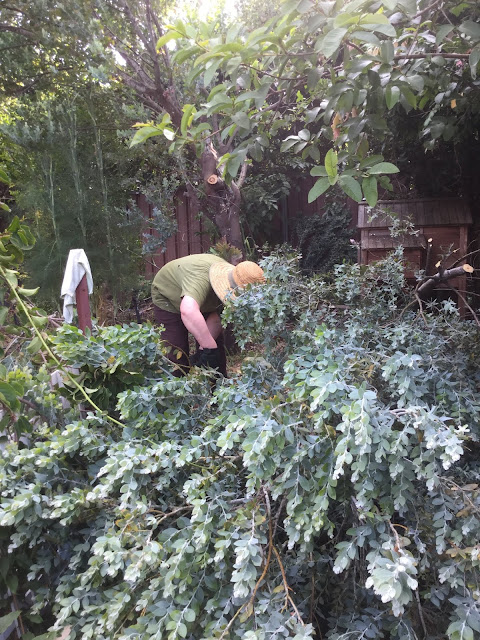 Down the end here, in front of shed, rosemary hedge converted to a rosemary tree, making space for a seedling passionfruit. 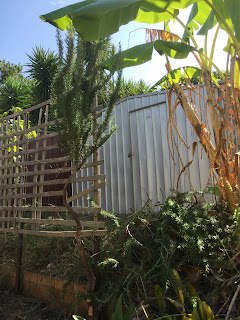 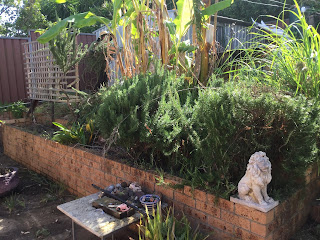 Near 9am, time for me to make coffee!
I do not stink of chainsaw fuel and I do not have to change clothes.